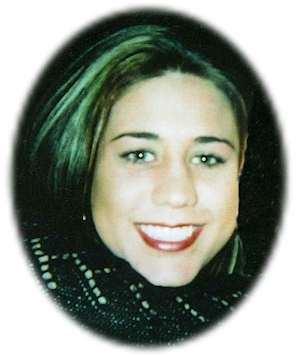 Ashley Harman, 23, of Perry, Oklahoma, was the daughter of Max Lee and Shelly Alfred (Wolleson) Harman. She was born April 12, 1982 in Perry, Oklahoma and died Monday, March 6, 2006 at Deaconess Hospital in Oklahoma City, Oklahoma.

She was a member of the First United Methodist Church.

Ashley enjoyed shopping, talking on her cell phone and swimming. Her other interests included flying, traveling, going to Ruidoso, New Mexico and going out to dinner. Ashley enjoyed life and her friends.

Graveside services will be at 2:00 p.m. Friday, March 10, 2006 in the Grace Hill Memorial Pavilion at Grace Hill Cemetery in Perry. Rev. Ed Cook will officiate. Services are under the direction of Brown-Dugger Funeral Home. Memorials may be made to the First United Methodist Church or the Soup Kitchen in care of Brown-Dugger Funeral Home, 1010 N. 7th Street, Perry, Oklahoma 73077.