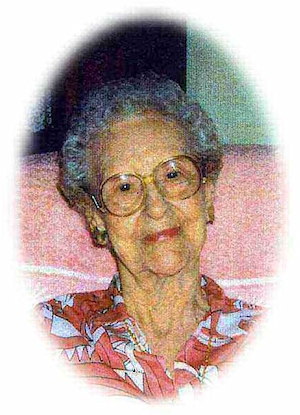 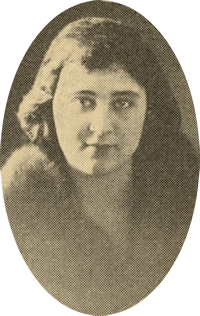 Normal Training ’22; T.M.S.
“Has a fond liking for fraternity pins and dates.”

She was a 1922 graduate of Perry High School. Laura earned her Bachelor of Science degree in elementary education from Central Oklahoma State University at Edmond.

Laura and Claude H. Kennedy were married on May 18, 1926 at the First Christian Church in Enid, Oklahoma. She and her husband spent all of their married life as residents of Oklahoma.

A school teacher for 29 years, Laura taught in Noble County rural schools eight years before accepting a position as a first grade teacher at Enid. Laura taught in the Enid Public School system for 21 years before retiring. After her retirement, Laura moved from Enid to Perry in 1969.

She was converted and baptized and joined the Christian Church in Perry at age 17. She later joined the Methodist Church and was a member for the remainder of her life.

Laura enjoyed reading. She read her Bible daily and prayed daily for family members, friends and others. She enjoyed flowers and had a green thumb. Her yard and flowers were always prettier than anyone else’s.

Laura was preceded in death by her parents, her husband, Claude H. Kennedy, in 1955; an infant daughter, one granddaughter, Karen Dawn Brackin, in 1995; and nine brothers and sisters.