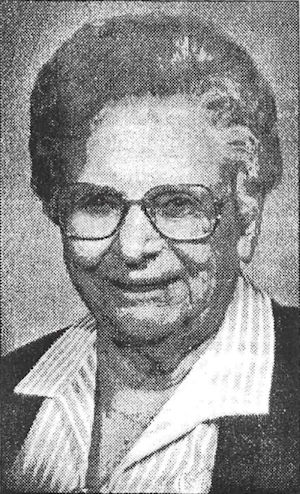 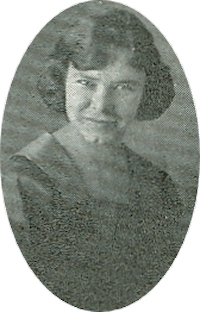 “Has her opinion on everything but keeps it to herself.”

On June 20, 1927, she and John F. Lau were married. Most of their lives, they lived on a farm one-half mile west of Perry and together they managed the Farmer’s Exchange Grocery and Feed Store for many years.

After they retired, Mrs. Lau worked several years as a hospital nurse’s aide. In 1969, she and her husband moved to Perry.

She was preceded in death by her husband, parents and three brothers and two sisters-in-law, Roy and Lillie Lighty, Ivan and Nadine Lighty and Glenn Lighty.

Survivors include a daughter and son-in-law, Dorothy and Don Bird, Laramie; one sister, Ruby Morrow, Perry; two granddaughters, Debi O’Donnell and her husband, Greg, Laramie, and Donna Crandall and her husband, Gary, Pine Bluffs, WY; five great-grandchildren, Chad and Cassidy O’Donnell and Shon, Jennifer and Megan Crandall; a number of sisters and brothers-in-law and a very dear friend, Elizabeth Sims.