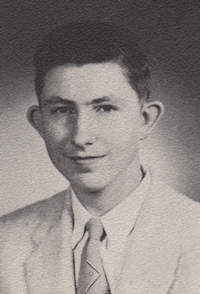 Albert Cawood, 60, was retired from the Armed Forces and was a Vietnam Veteran.

Funeral will be at 2 p.m. Thursday, Feb. 18, at the Church of the Christ in Perry. Rev. Duane Springer will officiate and burial will be in the St. Rose of Lima Catholic Cemetery under the direction of Brown-Sisson Funeral Home.

Cawood was engaged to be married to Esther Martha Wagner Smith. He has been a truck driver for HEB Grocery Company, J. B. Hunt and National Freight; and had lived in Texas before returning to Perry.

Cawood attended the Perry Church of Christ and was a member of the Benevolent and Protective Order of the Elks, Perry Lodge No. 2629.

Memorial contributions may be made to the Oklahoma Medical Research Foundation for heart research.

Cawood was preceded in death by his parents and two grandchildren.