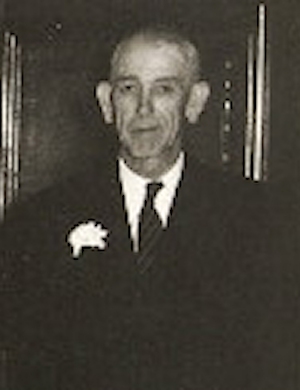 Funeral services were held today for Robert A. Boles, who had lived at 260 Fulton Ave., Redwood City, for 48 years. He was found in his car Friday morning at the Southern Pacific parking lot in Redwood City. The San Mateo County Coroner’s office said he died of a heart attack.

Interment in Alta Mesa Memorial Park, Palo Alto, followed this afternoon’s services at Roller and Hapgood mortuary, Palo Alto. Boles was 70 when he retired as a civil engineer. A daughter, Mrs. Betty Salisbury, of Palo Alto, said her father “worked up through the ranks” to become an engineer. He worked on many Peninsula construction projects and at one time worked on projects for the U.S. National Park Service. Boles also worked on Guam for awhile after World War II.

Other survivors include two sons, Robert S. Boles of San Jose and Edwin L. Boles of Long Beach; another daughter, Mrs. Barbara Pyne of Phoenix, Ariz., a sister and 10 grandchildren.