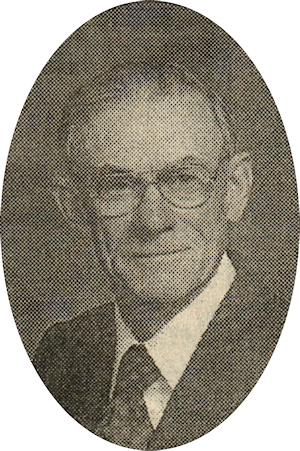 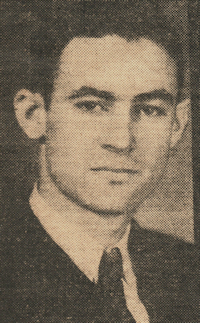 – son of Mr. and Mrs. R. N. Allen of Billings, was born in Billings on Jan. 11, 1916. He attended the elementary grades in West Lawn, dist. 12, and attended high school in Perry. During his high school career he was interested in instrumental and vocal music. Following graduation he expects to attend college, if possible.

The son of Richard and Fannie Oakley Allen, he was born on the farm northwest of Perry homesteaded by his maternal grandfather, John Oakley, following the run of 1893.

Wayne attended West Lawn School, in Oakdale Township, and Perry High School where he was a member of the band.

Wayne lived in the. Polo community, where he was a farmer and a pumper until 1996, when he became a resident at Green Valley Nursing Home.

Funeral services were at 2:00 p.m. Saturday, February 16, 2002 at the First Christian Church. Rev. Martin Foster officiating. Burial was in the Polo Cemetery under the direction of Brown-Dugger Funeral Home.

Besides his wife, his parents, an infant daughter, Paula, and a brother, Loyd, preceded him in death. Memorial contributions are to be made to the First Christian Church general operation fund.