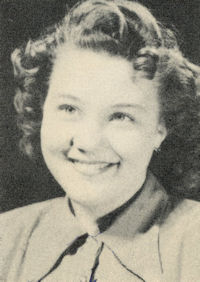 A lifelong resident of Noble County, she was a 1949 graduate of Perry High School. On March 27, 1951, she and Jack L. Casparis were married at Perry, OK. She was a member of the Morrison Christian Church.

She had, been a sales clerk at Murphy’s Potpourri in Stillwater for over 20 years before retiring in 1999.

Her parents and one sister preceded her in death.