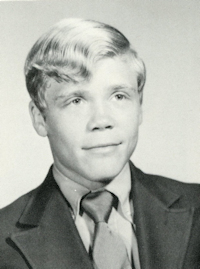 ﻿Charles Neil Chilcoat died March 28, 2005 at his home due to Emphysema complications. He was born to Cecil and Betty Jackson-Chilcoat on August 22, 1954 in Forsythe, Montana.

After graduating Perry High School in 1972, he joined the Navy where he served on the USS Bigelow from 1972-1976, specializing in electronics.

He was preceded in death by his dad, Cecil Chilcoat and brother, Kent Chilcoat.