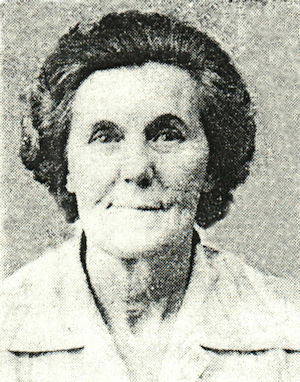 Funeral will be at 10 a.m. Friday in the First Presbyterian church. Rev. Don Harnden, pastor of the church, will officiate and burial will be in Grave Hill cemetery under direction of Parker funeral home.

She was born Sept. 30, 1911, in Memphis, Tenn., and came to Noble County in 1915. She worked in the Perry area for many years and was employed in Oklahoma City from 1968-71. Mrs. Daniels was a members of the First Presbyterian church.