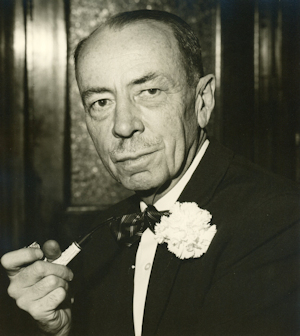 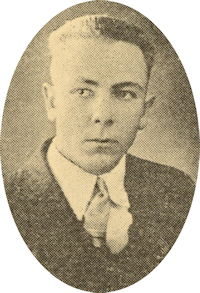 A memorial service has been planned for 2 p.m. Wednesday at the First United Methodist church of Perry. Rev. Cortez Cranfill, pastor, will officiate. Arrangements are under direction of Brown Funeral home.

Cress, the son of Parker W. and Minnie C. (Madaris) Cress, was born in Perry on Feb. 6, 1904. He attended Perry public schools through ninth grade, then spent two years as a student at Cambridge high and Latin school in Cambridge, Mass. He was a 1922 graduate of Perry high school.

He received a bachelor of arts degree from Kansas university in 1926 and his law degree from the University of Oklahoma in 1929. Cress was admitted to the Oklahoma State Bar in 1929 and began practice in Perry with his father and Gerald Tebbe in the Cress, Tebbe & Cress law firm.

Cress and the former Marie Roberts of Tonkawa were married on June 21, 1930, in Tonkawa.

In 1931, Cress was elected Noble county attorney and served two terms in that capacity. From 1935-37, Cress was Perry city attorney and also served in that office for Billings and Red Rock. Cress was active in Perry’s civic organizations, serving as president of the Lions club, vice president of the Chamber of Commerce and later a member of the Rotary club. He was among the founders of a unique Perry organization, the Broke and Bankrupt Order of Poor Boys. Cress served on a number of Chamber of Commerce committees and as a member of the program committee for the Perry Civic Orchestra.

He was a leader in the PHS former students association, helped with the Kids’ Twilight Baseball League rules committee, helped organize a Men’s Twilight League and was named to the Who’s Who – Sons of American Revolution.

Cress was chairman of Noble county’s first war price and rationing board, serving until 1942, when he volunteered for service in the United States Army Air Corps. After his discharge from military service, he resumed his law practice with Emmett V. Rosser. Cress then became commander of the Ellis-Jirous American Legion post. He was appointed U.S. District Attorney for the Western District in 1954. Cress served in this capacity for seven and one-half years, during which time he and his family lived in Oklahoma City.

In 1961, the Cress family returned to Perry and he once again resumed his private law practice. In 1963, he was appointed district judge for Kay and Noble counties. Cress served a two-year term on the bench.