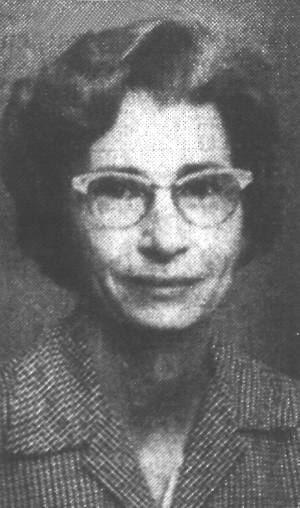 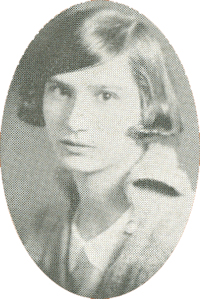 Rev. Jim Murray, interim pastor, will officiate. Burial will be in Grace Hill cemetery under direction of Brown Funeral home. Memorials maybe made to the First Presbyterian church or the American Lung association.

Born Oct. 1, 1906, at Perry, Miss Dolezal was the daughter of Joseph E. and Mary J. (Kasl) Dolezal. She was a graduate of Perry high school and Draughon Business College in Oklahoma City. Miss Dolezal had been a deputy county treasurer and later worked as a teller at Exchange Bank in Perry until she retired in about 1972. She was a member of the First Presbyterian church, was a past officer of the Business and Professional Women of Perry and had been active in the Noble County Republican Women’s club.

Miss Dolezal was preceded in death by her parents, five brothers, and one sister.