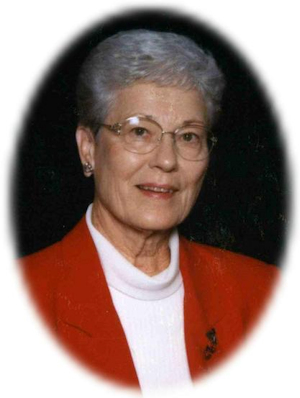 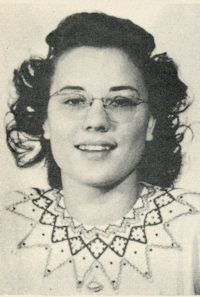 Sarah Lou Dolezal, 79, of Perry, Oklahoma, was the daughter of Charles B. and Moreta Parkin Gibson. She was born on December 2, 1929 in Slick, Oklahoma and died Tuesday, June 16, 2009 at the Stillwater Medical Center.

On August 13, 1946, Sarah Lou married James R. Jim Dolezal in Wellington, Kansas. She was a 1947 graduate of Perry High School.

Sarah Lou was an active member of PEO and enjoyed walking, listening to music, watching Dancing With The Stars and visiting with her family and friends. She cherished the time she spent with her grandchildren.

One of her gifts of community service was through education which began when Sarah Lou and Norma Yowell were instructors for the Perry Cooperative Kindergarten. This gift continued as Sarah Lou served as a teacher’s aide for children with special needs in the Perry Public School System.

She was a member of the First United Methodist Church.

Funeral services will be 2:00 p.m. Friday, June 19, 2009 at the First United Methodist Church in Perry. Rev. Ed Cook will officiate. Interment will be in Grace Hill Cemetery. Services are under the direction of Brown-Dugger Funeral Home. Memorials may be made to the American Cancer Society in care of Brown-Dugger Funeral Home, 1010 N. 7th Street, Perry, Oklahoma 73077.

She was preceded in death by her parents, Charles and Moreta Gibson, one daughter, Deborah Ann Bryant, one sister, Anetta Gibson, and one brother, Thomas C. Gibson.