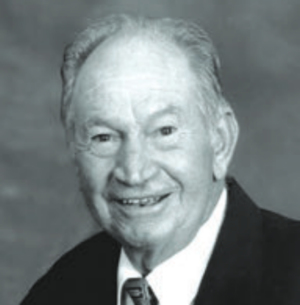 ﻿Charlie Dvorak was born on May 27, 1926 in Perry, Oklahoma to Frank J. Dvorak and Bozena Bessie Kosnar Dvorak. He passed from this life on Monday, January 13, 2014 in Pawnee, Oklahoma having reached the age of 87 years, 7 months, and 17 days.

He married Juanita Marilyn Baker on November 20, 1949, and they moved to Glencoe from Stillwater in 1971.

He was a member of the First Baptist Church of Stillwater. He served in the United States Army, taught Science Classes, and enjoyed farming and gardening with his dogs.

Charlie was preceded in death by his parents, a sister, infant daughter, Bozena, and great-granddaughter, Addyson Barrett.