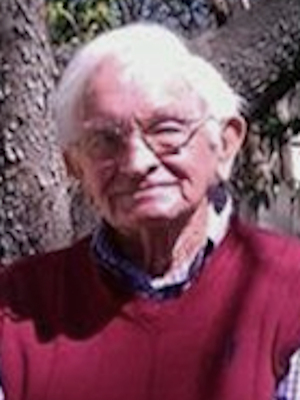 Dean, the second son of Jasper L. Dotts and Pauline Mason Dotts, was born in Perry, Oklahoma on April 30, 1927. He spent his childhood in Perry and attended Perry Elementary and Perry High School. He loved visiting his grandparents, uncles and aunt on their farm in Billings, OK.

He served in the Army during World War II in Berlin, Germany as a Supply Sergeant from 1945 until the war ended. When he arrived home, he met Roberta McQuiston and they married on August 20, 1950 and were soon blessed with a daughter and a son who always brought him much joy. Even though Roberta and Dean separated after many years together, they remained close and maintained a very loving relationship.

Dean worked for Shell Oil Company from 1948 – 1957 and then attended Oklahoma A&M (OSU) and earned his degree in geology. Shortly after, he accepted a position with City Service Oil and Gas. In 1967 he changed his career path and worked as a sales representative for Charles Machine Works and returned to Perry, Oklahoma. In his later working life, Dean worked as a consultant in the field of geology.

1n 1992, Dean met MaryAnn Silva, his beloved wife, when he made a call to the Social Security office and she answered the phone…and as they say, the rest is history. They married on July 27, 1996 and spent the next 14 years together in laughter, adventure and happiness in Albuquerque, New Mexico. Dean’s new family brought him so much happiness. He loved spending time with them, out in his yard gardening and in the mountains and desert.