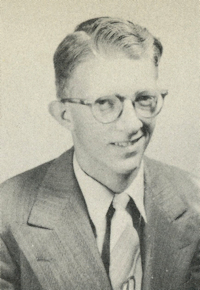 He was Professor Emeritus of the University of Central Oklahoma and served as chairman of the Mathematics Department from 1971 to 1979. He retired from the Math Department in 1999.

A memorial service is scheduled for 3:00 P.M. Friday, October 1, 2004 at Baggerley Funeral Home, Edmond. Private interment. In lieu of flowers, the family requests donations can be made to UCO Foundation, 100 N. University, Evans Hall 101, Edmond, OK 73034.