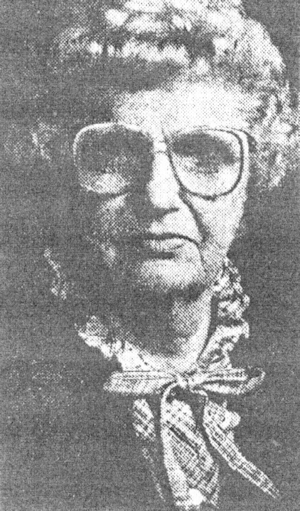 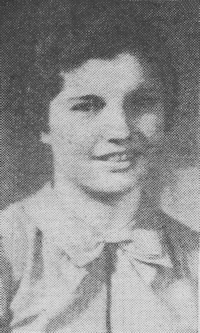 ﻿- daughter of Mr. and Mrs. F. W. Lindeman of Perry, was born in Perry on Aug. 25, 1919 and attended the elementary grades in Perry and attended high school in Perry. During her high school career she was a Red Hot. Following graduation she expects to attend college.

Born at Perry, Aug. 25, 1919, she was the daughter of Fred and Carrie Lindeman, She was a graduate of Perry high school and attended Oklahoma State university.

She and Jimmie Cain were married July 18, 1985. Mrs. Cain formerly was employed at several retail stores and at Powers Abstract. She was a member of St. Rose of Lima Catholic church, St. Rose Altar Society, and the board of directors of the Perry United Fund. She also was associated with Stagecoach Community Theatre.

In addition to her first husband, she was preceded in death by one son, Mark, and one sister, Mary Powers.