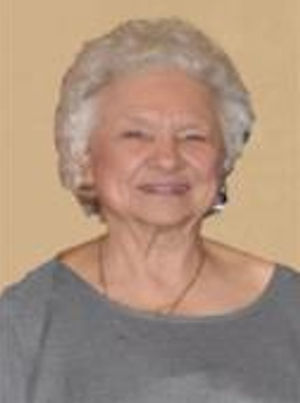 Phyllis first attended the Lutheran school before entering Perry high school. Her plans for the next year are not definite.

Graveside services are scheduled for 10am Friday, November 18, 2016, at Grace Hill Cemetery Pavilion in Perry with pastor Peter Olsen officiating. Memorials may be made to the Oklahoma Alzheimer’s Association in c/o Palmer Marler Funeral Home in Perry.

Phyllis was born November 18, 1925, to William and Bessie (Bryant) McKee in Shattuck, Oklahoma. She attended Perry Public Schools and was a 1943 graduate. She married Clem B. Yockey in 1943 while in Florida, just before he left for Europe to serve in the armed forces. Clem later died in March 1954.

Phyllis was a pioneer business woman in Perry. Family was very important to her. She loved spending time with her grandchildren and great-grandchildren. She also enjoyed sewing, crafts, crocheting, and dancing.

She was preceded in death by her parents, both husbands, one son, Wesley Scott Yockey; two brothers, Sammy McKee and Johnny McKee, and one grandson, Clem Yockey.