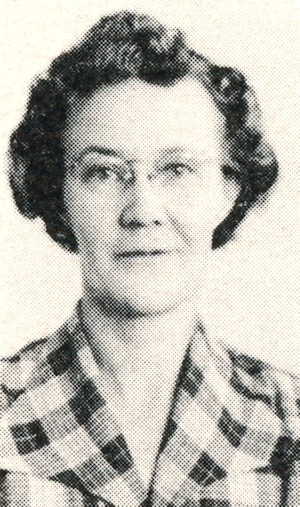 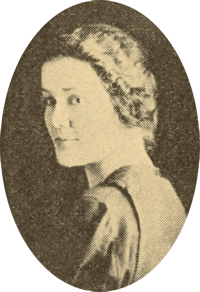 ﻿Florence Gertrude Speer Dunivan, 95, grew up on the Noble County farm that her father homesteaded in the Cherokee Strip Run of 1893.

She was the daughter of Lawrence “Sut” and Ellen Vashti (Turner) Speer and was born on a farm near Morrison on Dec. 22, 1903.

She and John Douglas Dunivan were married on May 5, 1928 in Pawnee. The couple lived on a farm north of Bill’s Corner until 1931 when Mrs. Dunivan’s mother died. They then made their home with Mrs. Dunivan’s father and her younger brother, Wayne.

Mr. and Mrs. Dunivan farmed and raised cattle with her father until his death in 1939. The couple continued to farm until 1944 when Dunivan’s failing health forced them to sell their farm machinery and cattle. At that time, they purchased the Bill’s Corner grocery store and gas-station which they operated until Dunivan’s death on July 6, 1947.

Mrs. Dunivan then sold the store at Bill’s Corner and began residing in a house she had moved onto land one-half mile west which was part of her family’s original homestead.

She and her family moved to Perry in 1958. Mrs. Dunivan was a member of the First Christian Church, first attending at Sumner and later at Perry. She enjoyed traveling, reading and making quilts and ceramics and was involved in volunteer work in many areas.

Funeral was at 10 a.m. Monday, May 17, in the chapel of Brown-Sisson Funeral Home. Rev. Tim Boggess, minister of the First Presbyterian Church of Perry, officiated. Burial was in the Sumner (Pleasant Valley) Cemetery, 10 miles east of Perry.

Mrs. Dunivan was preceded in death by her parents, one son, one brother and her husband.

Memorials may be made to the building fund of the First Christian Church of Perry.