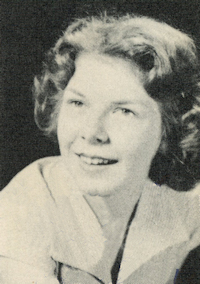 A resident of Perry for 61 years, she was a graduate of Perry high school. She had worked as a housekeeper until she retired. She was a member, of the First Baptist Church of Perry, enjoyed quilting; was an avid bingo player and an Oklahoma State University Cowboys fan.

Funeral will be at 2 p.m. Tuesday, September 18, 2001 at the First Baptist Church with Rev. Buddy Hunt, pastor; officiating. Burial will be in Grace Hill Cemetery under direction of Brown-Sisson Funeral Home.

Her parents and one brother, Don Henry, preceded her in death.