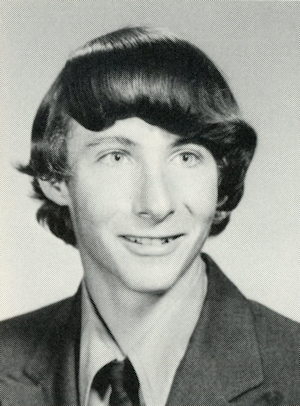 A violent one-automobile crash into a tree at 1:25 am Wednesday took the life of Arthur Frank Norton, 19, of Perry, at a point 86 feet south of the intersection of Second and Birch streets in southeast Perry.

Funeral for Norton will be at 2 p.m. Friday at the Parker chapel. Burial will be in Fairview cemetery, eight miles south of Perry.

A police accident report said Norton was a passenger in the rear seat on the left side of the car. The car, a 1963 Ford Falcon two-door, was headed toward the northwest on Grace Hill cemetery Memorial drive road.

The report said the automobile skidded out of control and slammed broad-side into a tree on the west side of the road. The tree was uprooted by force of the impact.

Norton died at 2:55 a.m. Wednesday in Perry Memorial hospital. He was born Oct. 13, 1954, at Lamesa, Texas. He was employed as a truck driver for Noble county commissioner district No. 3.

Norton came to Noble county in 1956. He attended grade schools at Perry and Orlando and graduated in 1972 from Perry high school.

He is survived by his step-father and mother, Mr. and Mrs. Bob Gay, south of Perry; his mother, Ellen (Jandera) Gay; one brother, Robert Norton, south of Perry; and his grandmother, Mrs. Frances Jandera, Perry.