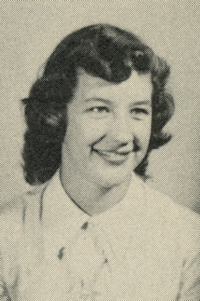 Mrs. Lois Ann Groom, 49, 8 South Seventh street, died at approximately 9:30 p.m. Thursday after she had been found lying alongside a city street near Seventh and Market streets.

Police Chief Mike Wolfe said Friday an investigation was underway into the death. He said he wants to locate the person who first found Mrs. Groom lying along-side the street. Officers are proceeding on the theory the death is not connected with a crime.

The former Lois Ann Wilson, Mrs. Groom was born in Perry Nov. 18, 1932. She graduated from Perry high school in 1951 and attended Oklahoma State university. She was married in 1951 to Donald Rupp and was married in 1976 to Lynn Groom. She had worked as a beauty operator and a bookkeeper.