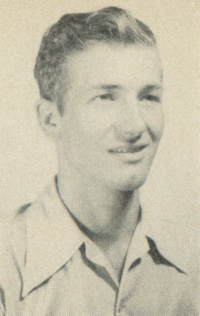 Graveside rites were at 2 p.m. Monday at McGuire cemetery near Lucien for Jerry Braden, 60, who died Friday, June 14, 1996, at his rural Lucien home.

Braden was born on the Braden homestead on Jan. 31, 1936. He was the son of John and Blanche (Gorman) Braden. A 1954 graduate of Perry high school, Braden served with the United States Navy from 1954-74. He then was a civil service employee at a Naval shipyard.

He was a member of the National Rifle Association and the Veterans of Foreign Wars.

Braden was preceded in death by his mother, Vera Blanche (Gorman) Braden.