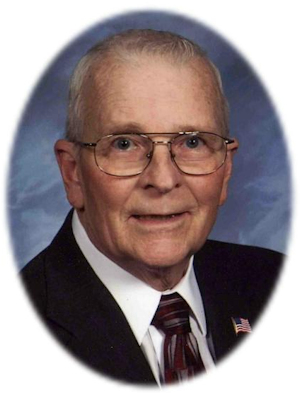 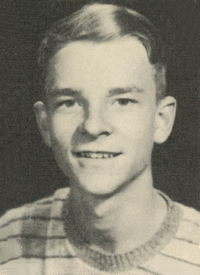 Robert “Jerry” Cronin, 75, of Perry, Oklahoma was the son of Joseph Gordon and Petronella (Schurkens) Cronin.

He was born October 6, 1932 at Ardmore, Oklahoma and died Monday, December 10, 2007 at Stillwater Medical Center in Stillwater, Oklahoma.

As a young child, Jerry moved to the Perry community where he was lovingly raised by his aunt, Marie Schurkens. He was a 1950 graduate of Perry High School and attended Oklahoma A&M College in 1951.

He served his country with the United States Air Force from 1952-1956 and attained the rank of Staff Sergeant before he was honorably discharged from military service.

Jerry was a 1958 graduate of the Dallas Mortuary School. He was employed at Newton Funeral Home in Perry for 25 years. He later took a job at The Charles Machine Works, Inc.

A 20-year employee of CMW, Jerry was a leadman before he retired in 1997. After his retirement, he continued to work part-time as a funeral director, most recently for Brown-Dugger Funeral Home.

He and Doris J. Schmiedbauer were married October 25, 1963 in Perry, Oklahoma.

He enjoyed woodworking, yard work, playing golf, watching the squirrels and birds, drinking coffee and visiting with family and friends.

Jerry was preceded in death by his parents, two brothers, one sister and a special aunt, Marie Schurkens.