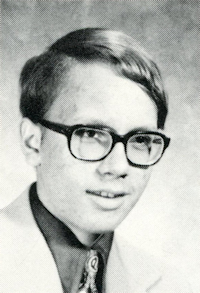 Rodney Allen Cross, 43, died January 6, 2002, at his home near Guthrie. He was born September 1, 1958, in Gatesville, Texas, to Delbert Edward Cross and Marcia Etheline Nichols Cross.

The family moved to Oklahoma when Rodney was six months old. He started school at Perry and graduated from Mulhall-Orlando High School in 1976. He received his Bachelor of Science of Electrical Engineering Technology degree from Oklahoma State University in May 1981. He received his Masters degree in Electrical Engineering from the University of Oklahoma in 1987. He continued working toward his MBA.

Rodney started working at Western Electric in 1981 and continued through its change to A.T.&T. and then Lucent Technologies for a total of 20 years.

Rodney was preceded in death by an infant brother. He is survived by his wife, Tara, and son, Nathan, of the home, and son, Zachary, Stillwater; his father, Delbert, Guthrie, and mother, Marcia Stephens, Sumner.

In lieu of flowers, memorial donations may be made to the National Diabetes Association or American Cancer Society for Gastrointestinal Research.