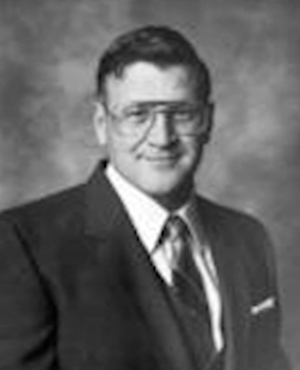 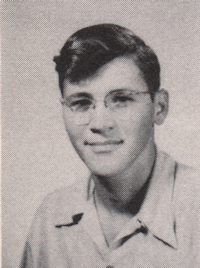 Ervin Dale “Pete” Deadwiley, 81, of Perry passed into the arms of his Savior on Sunday, August 30, 2015. Services have been entrusted to the care of Palmer Marler Funeral Home and a memorial service celebrating his life will be held on Wednesday, September 9 at 2pm at the Vassar Church in Mulhall, OK.

Pete was born on Dec. 13, 1933 in Guthrie, OK to Ross Augusta and Elsie Martha (Riggs) Deadwiley. He resided in the Guthrie/Orlando area until 1950 when he relocated to Perry, OK, where he would live the remainder of his life. Pete served for three years in the Army and spent that time assisting the Corp. of Engineers. Upon his discharge he returned to Perry where he began a successful career in the auto restoration business. He spent many years working in the oilfields and following the harvest from Texas to Nebraska.

Pete was a friendly and kindhearted man who enjoyed the simple things in life. He never married and he enjoyed the flexibility that being single offered. It was not uncommon for him to pack his things overnight and be gone for weeks or months at a time following his latest business opportunity. Pete was also a licensed pilot and enjoyed flying his small plane that he kept at an airport in Tulsa, OK. He was an avid reader and could often be found relaxing on a couch in his shop reading a novel from one of his many favorite authors. Pete had a booming laugh and a wonderful smile and he lived for the opportunity to brighten someone’s day with a joke or witty remark.

Anyone who knew Pete knew that he had two main passions in life: serving the Lord and working on cars. He was a longtime member of the Vassar Church in Mulhall and rarely missed an opportunity to attend services. He spent a portion of each day praying and studying his Bible and he was never shy about sharing his faith with his friends and family. Pete was well known and well respected for his meticulous work in restoring antique automobiles. Pete had clients from all over the country that trusted him to buy and build custom cars for their collections. Pete truly treasured his cars and he was a regular entry in both the Annual Cherokee Strip Parade and Hop’s Carshow at Springfest in Perry, OK. Pete’s job allowed him the chance to travel all over the nation and gave him the opportunity to interact with celebrities and other people he would not have met otherwise. Pete’s friendship and endless supply of interesting stories will be missed by all those who knew him.

Donations may be made in Pete’s name to Vassar Church in care of Palmer Marler Funeral Home 203 Fir Street. Perry, OK 73077.