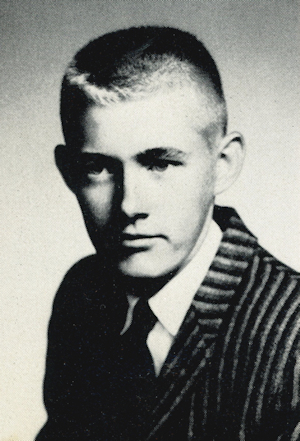 A 1963 graduate of Perry high school, he was employed by his father, who operates a tank truck service. He was a member of the Presbyterian church.

At Perry high school he took part in the junior and senior plays and assembly programs, and was a member of the Future Farmers of America four years.

Survivors other than his parents of the home are two brothers, Lt. Dan J. Beakey, Fort Riley, Kan.; and Ted F. Beakey, Portland, Ore; a sister, Becky, of the home; and his maternal grandmother, Mrs. Laura Connelly, Shelbyville, Ill.