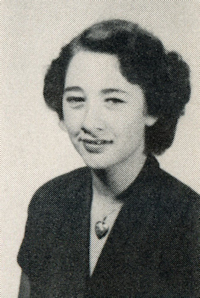 Mrs. Divine was born Oct. 19, 1934, in Perry, the daughter of Paul and Dorothy Ann Chenoweth Ewy. She graduated from Perry High School in 1952. She and Curtis Divine were married Sept. 3, 1952 in Huntsville, AR. She was owner and operator of Zigman’s Flowers with her husband, Curt, and daughter, Judy in Pendleton.

Her family related that she liked bingo, loved flowers, family and kittens and her many employees through the years.