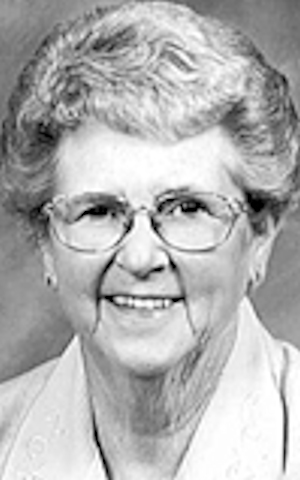 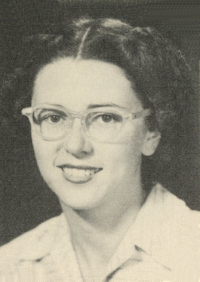 She married Wilbur Sloan on January 24, 1953 in Perry, OK. While her children were growing up she was active in Camp Fire, Cub Scouts, PTA and Band Boosters.

She worked in the clerical field for many years and later opened her own florist business. She was certified as an Oklahoma Master Florist and served as a Regional Director for the Oklahoma State Florist Association.

After her retirement she and Wilbur moved to Lake Kiowa, TX, where she was active in the Women’s Associations, the Ladies Golf Association and the First Presbyterian Church.

In 2000 they moved to Spanish Cove in Yukon. She always enjoyed arts & crafts and her hobbies included reading, flower arranging, quilting and stained glass. While living in Yukon she established a book discussion group at the Mabel Fry Library, was a member of the Yukon Ladies Library Club and was serving currently as an Elder in Chisholm Trail Presbyterian Church.

She was preceded in death by her parents and a grandson.

A private interment will be held with Memorial Services to be held at 1:00 p.m., Friday, March 11, 2005, at Chisholm Trail Presbyterian Church, Yukon, OK.