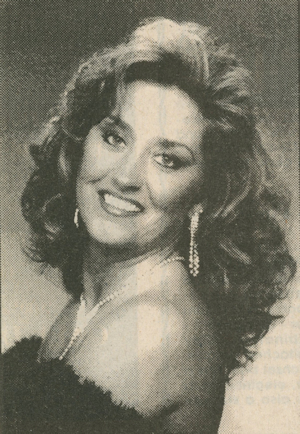 Services will be held at the First Baptist church. Rev. Troy Taylor will officiate.

The family will receive visitors from 6:30 to 8:30 p.m., Tuesday, at Brown Funeral home chapel.

She was a 1982 graduate of Perry high school and Meridian Technology school, where she majored in food services. She also was a graduate of Northern Oklahoma college at Tonkawa. At the time of her death, she was manager of the Best Western Cherokee Strip restaurant, west of Perry.