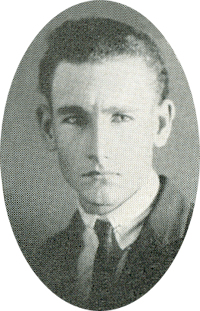 “Ideas are like beards; men do not have them till they grow up.”

Services will be at 2 p.m. Tuesday at the United Methodist church of Lucien. Officiating will be Rev. LaBron Free with burial under the direction of the Newton Funeral home.

Curtis was born Dec. 7, 1905, on a farm northwest of Perry. He lived in Noble county all his life with the exception of seven years spent at Stonewall. He was a member of the United Methodist church of Lucien.

Curtis served as a member of the board of directors of the Farmers Exchange cooperative of Perry for more than 20 years. He served as the board president most of that time.

In 1970, he was chosen as the outstanding director of a cooperative by Farmers Cooperative Grain Dealers association. He had been a director for the Noble county conservation district and served on the precinct election board of Warren Valley precinct for 15 years.