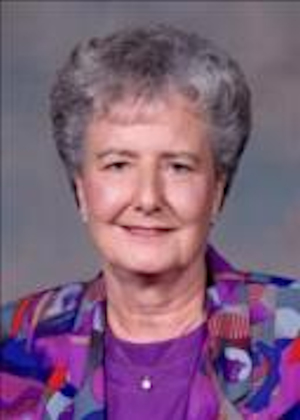 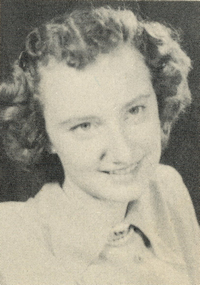 Isabell Lorena Johnson was born June 29, 1931 in Junction City, Kansas to Harold and Eva (Reed) Thorman. She spent her last days surrounded by her loved ones and passed away peacefully on Wednesday, December 21, 2016 in the home of her daughter and son-in-law Mark and Penny Kuhn.

She attended grade school at the two-room Lutheran School in Perry Oklahoma. She graduated from Perry High School in 1949. From there she moved to Wichita, KS and worked at Kings Formal and Bridal Shop as a seamstress, and later as a florist at Brown’s Flower Shop here in Perry. She was baptized and confirmed in the Christ Lutheran Church of which she remained a lifetime member.

In 1948, She met her best friend and love of her life Bill M. Johnson. Upon his return from the Korean War, they were married July 13, 1952 at Christ Lutheran Church in Perry. This union lasted 58 years until Bill’s passing on July 8, 2010. They lived in Perry the majority of their lives where they raised their three children Mike, Scott, and Penny.

Isabell was active in both the Perry Band Boosters and the FFA Mothers Club while her kids were in school. Blessed with a green thumb, she loved caring for both her indoor and outdoor flowers. Her favorite hobby was crocheting afghans to give away to family and friends. She was an avid Nascar fan, especially when it came to Dale Earnhardt. She enjoyed attending many races with family and friends.

Donations may be made in Isabell’s name to Christ Lutheran Church, the Methodist Soup Kitchen, or Elks Lodge, in care of Palmer Marler Funeral Home, 203 Fir, Perry, OK. 73077.