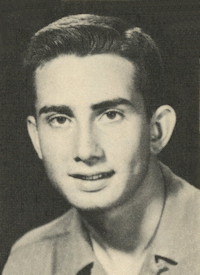 Funeral will be at 2 p.m. Saturday at Christ Lutheran church. Rev. Martin Helmer, Winfield, Kan., will officiate. Burial will be at Grace Hill cemetery under direction of Parker Funeral home.

Thorman was born at Clay Center, Kan., December 3, 1932. He attended Christ Lutheran school in Perry and was a graduate of Perry high school. He was assigned to combat duty in Korea, serving from 1950-52 with the I company, 45th infantry.

He was a 1960 graduate of Oklahoma State university at Stillwater. He was an auditor for Western Electric of Dallas and had been an employee of that firm for 24 years. He was a member of the Lutheran church.