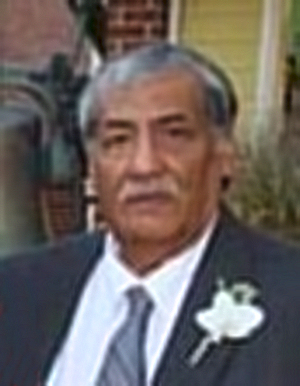 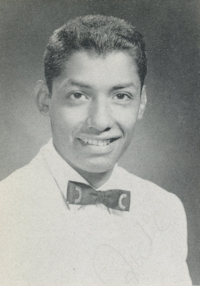 Richard Allan “Dick” Padilla was born April 5, 1942, in Perry, Oklahoma, to Timoteo Tovar and Patricia Susan Terronez Padilla. He died Monday, December 19, 2016, in Owasso, Oklahoma, at the age of 74 years.

Dick was reared and educated in Perry, Oklahoma, and graduated with the Perry High School Class of 1959.

He was a veteran of the armed forces having served his country honorably with the United States Air Force. He was married September 9, 1972, in Atlanta, Georgia, to Lora “Joyce” Padilla. He spent most of his working life as parts manager with Loomis Brothers. Dick enjoyed a variety of pastimes, especially family cookouts and playing horseshoes.

He was an avid sports fan, particularly for “his” teams, the Oklahoma Sooners, Kansas City Chiefs, and Kansas City Royals. He and Joyce also enjoyed spending time together at the casino playing the slot machines.

Also 13 grandchildren; Two great grandchildren; a sister; Joan Narvaes and husband Mario, of Winfield, Kansas; two brothers, Jimmy Padilla, of Perry, Oklahoma and Marshall Padilla and wife Paula, of Mobile, Alabama; and a host of nieces, nephews, and other relatives and friends.

He was preceded in death by his parents, and his wife of over 40 years, Joyce.

Funeral service will be held 4:00 p.m. Friday, December 30, 2016, at the Mowery Funeral Service Chapel in Owasso with Dennis Hawk officiating. Private family disposition will be held at a later date. The family requests memorial contributions be made in Dick’s name to the YMCA of Greater Tulsa Scholarship Campaign, 420 South Main, Suite 200, Tulsa, Oklahoma, 74103.