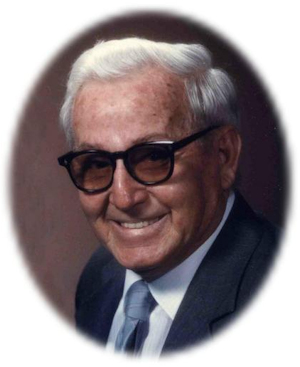 – the 21-year-old son of Mr. and Mrs. C. R. Sams of route two, Perry. He attended Noble county schools to get his grade education and later attended Hayward schools.

David is now in the army, having finished his schooling here at the end of the first semester. He is planning to return to Perry for the graduation exercises.

Walter graduated from Perry High School and attended Welding School in California. He served his country in the United States Air Force from January 4, 1943 until January 31, 1946. Walter achieved the rank of Sergeant before receiving his honorable discharge at Camp Chafee, Arkansas.

He and Jo Ellen McAfee were married February 1, 1947 at the United Methodist Church in Perry.

Walter worked as a welder at The Charles Machine Works in Perry before retiring.

He was a member of the Lucien United Methodist Church, served as a Cub Scout and Boy Scout Leader and was a community volunteer.

Funeral services will be at 2:00 p.m. Monday, March 16, 2009 at the Lucien United Methodist Church. Interment will be in the McGuire Cemetery at Lucien. Services are under the direction of Brown-Dugger Funeral Home. Memorials may be made to the Lucien United Methodist Church in care of Brown-Dugger Funeral Home, 1010 N. 7th Street, Perry, Oklahoma 73077.

Walter was preceded in death by his parents, three children, five brothers and two sisters.