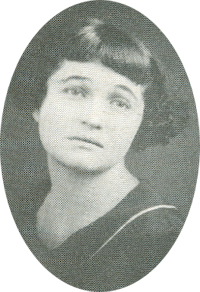 Graveside rites have been scheduled for 2 p.m. Friday at Grace Hill cemetery. Brown Funeral home will be in charge of arrangements. A memorial has been established to benefit the Oklahoma Medical Research Foundation.

She was born at Perry, Oct. 3, 1908, the daughter of Ray and Jennie Hughes. She was a graduate of Perry high school and Oklahoma A&M. Mrs. Mills taught at Lone Star and White schools.

She and Henry Mills were married on Dec. 9, 1927. Mrs. Mills was a member of the First Baptist church.

In addition to her husband, she was preceded in death by two sons, one grandson and one sister.