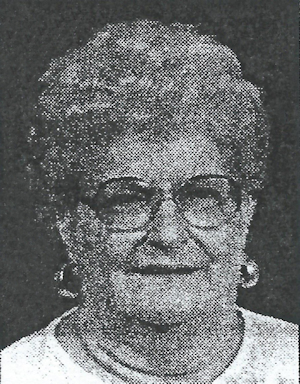 Services will be Saturday at 2 p.m. at Strode Chapel. Interment will follow at Sunset Memorial Gardens. Arrangements are under the direction of Strode Funeral Home.

She was past president of the Stillwater Golf Association and Past Matron of Eastern Star in Hinton. While she put her husband through college she was a secretary For more than 20 years she served as an election precinct inspector and was a Mother Advisor for the Rainbow Girls Association.

She was a member of Sunnybrook Christian Church. She was an avid bowler and, during her life, bowled in three leagues. Early in her life she enjoyed knitting and crocheting.