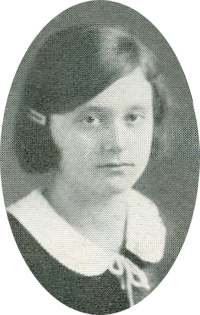 Funeral will be at 2 p.m. Monday at the First United Methodist church at Ponca City. Arrangements are in charge of the Trout Funeral home of Ponca City. Burial will be later Monday afternoon at Grace Hill cemetery at Perry.

Mrs. Henry lived in Perry approximately 50 years ago. She had lived at Ponca City since.

Among survivors are one son, Ron Henry, Dallas, Texas; one sister, Mrs. Ervin Lampe, route one, Morrison; and three grandchildren.