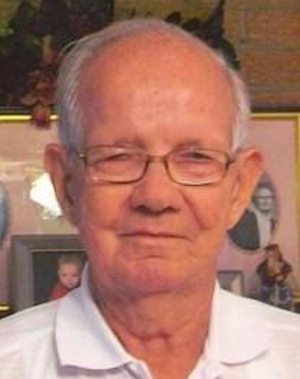 – 18-year-old son of Mr. and Mrs. Irl Henry, 1106 Holly, was born at Watchorn and attended schools at Horace Mann, Shawnee, and Perry.

Ronald has participated in football, basketball, and wrestling. He plans to work in a defense plant following his graduation.

Ronald Keith Henry, 86, beloved husband, father, grandfather, and great grandfather passed away on February 13, 2012 at his residence. He died peacefully in his sleep after a long and courageous battle with cancer. He was born August 5, 1925 to Irl and Verla Eone Oden Henry in Watchorn, OK.

Ronald attended and graduated from Perry High School where he participated in many sports. His favorite sport was baseball and as a young man he played semi-pro baseball. He also enjoyed fishing, golf, the Yankees and OU and Mojo football.

Ronald married the love of his life, Ethmer Mae Stotts, on July 8, 1950. He adored and cherished her until the day he died and their 61 years of love and devotion was an inspiration to all. He was employed by Armco National Supply for 30 years where he formed many lifelong friendships.

Memorials may be made to Home Hospice 516 N. Texas, of Odessa or Sherwood Baptist Church.