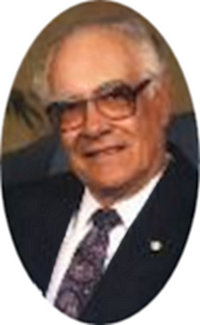 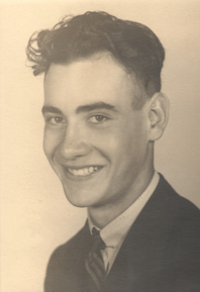 – son of Mr. and Mrs. H. R. Phenis, 630 Fir street, was born July 18, 1926, at Blackwell, and attended grade school in the rural districts before coming to Perry high school.

A member of the Maroon band for four years, Dale plans on studying to become an electrician after graduation.

Dale moved to Cedar Lake in the mid 1970’s. He was united in marriage to Mary Jo Trumbla in August of 1945 in Perry, OK. He later married JoAnn Wyont in Edmond, OK in 1978. Dale was a handyman, working as an electrician and in construction.

He was a member of the Hinton Masonic Lodge #313, Scottish Rite in Guthrie, and a charter member of the Cedar Lake Chapel. Dale enjoyed woodworking, loved to collect firefighter memorabilia, and singing. He was talented in playing several musical instruments. Dale was also a member and past chief of The Cedar Lake Fire Department.

Dale was preceded in death by his parents, Harry and Edna Phenis, his sister, June Burger, and step son, Richard Wyont.