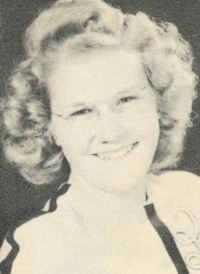 Mrs. Murch was the daughter of John and Charlotte (Neuerburg) Palovik and was born at Perry on June 11, 1932.

She was an avid golfer and a member of Christ Community church, Lakeview Golf club and Ardmore Duplicate Bridge club. Mrs. Murch was a National Life Master duplicate bridge player.