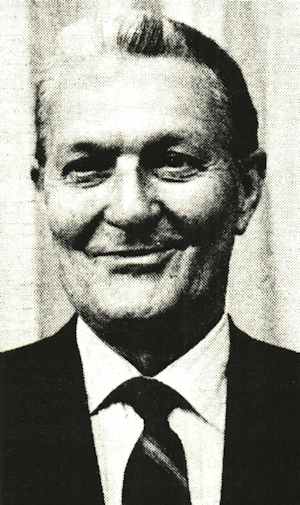 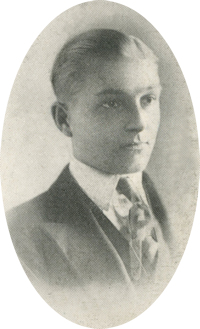 ﻿Funeral was at 2 p.m. Monday at the First United Methodist church in Perry for John H. Mugler, 74, long-time leader in church, community and business.

Mugler was stricken ill by an apparent heart attack shortly after noon Saturday at his home, 1135 Locust street. A fire department ambulance was dispatched at 12:21 p.m. and moved Mugler to Perry Memorial hospital He died at 12:48 p.m. at the hospital.

Services were in charge of Rev. Kermit Hollingsworth, Methodist pastor. Burial was in Grace Hill cemetery under direction of Parker funeral home.

Mugler was born June 26, 1902, in Orlando community. He grew up in Perry, attended Perry schools and graduated from Perry high school. Mugler was married Dec. 22, 1929, in Perry to Maxine Woodruff, who survives.

He had been a partner in the Donahue & Mugler agency with the late H. C. Donahue and the late Robert C. Donahue. He left the business in about 1955. Mugler had been active in the insurance business, abstracting and oil leasing.

The Donahue & Mugler Agency was one of Perry’s early-day businesses. It was started as an insurance and abstract business by the late A. W. Tucker, who was an uncle of H. C. Donahue. Tucker opened the agency in a frame building on the north side of the square before 1900. Donahue became a partner in 1919 and Tucker retired in 1928. Mugler entered the business as a partner in April, 1930.

Don Loftis now operates the insurance agency which formerly was Donahue & Mugler. Loftis acquired the business April 1, 1968. He later sold the abstract portion of the business to Powers Abstract in 1968.

Mugler served many years as treasurer of the Perry board of education and was a past president of the state insurance association. He was a member of the Legion of Honor of the Receptory of DeMolay for boys. Mugler had served as a Boy Scout master and had served 15 years as Sunday school superintendent at the First United Methodist church.

One brother and one sister preceded him in death.

Memorials may be sent to the First United Methodist church of Perry or the Oklahoma Medical Research Foundation.