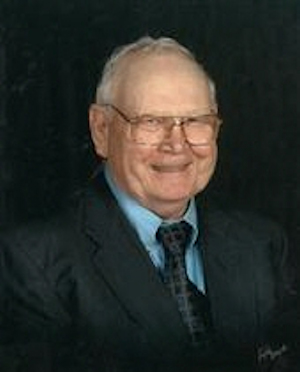 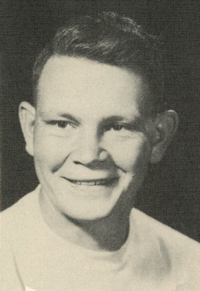 Marvin Wesley Kucera, 77, business owner of MWK Machine Works, passed away August 20, 2009, at Stillwater Medical Center with family at his side.

Marvin was born March 11, 1932, in Perry, Oklahoma to Wesley and Lelia (Todd) Kucera. He graduated from Perry High School, participating in football and wrestling. He was a member of Redeemer Lutheran Church, Cushing.

Marvin was blessed to do work that he loved. He was owner-operator of MWK Machine Works. He began working at the shop as a teen. When the owner retired in 1972, Marvin purchased the machine shop with a handshake. He entered work through this same door for 60 years.

He was known to his grandchildren and great-grandchildren as “Poppy.” His greatest joy was time spent with them. He was an avid OU fan and his constant companion was Sooner, his Jack Russell Terrier. Marvin also loved farming and spent many relaxing hours taking care of his cattle and 100 acres by his home. It has always been said, Marvin is the same wherever he went, what you see is what you get!

Preceding him in death was his first wife, Elaine, his parents, one infant sister, and his niece Sandy Andersen.

Burial will follow in the Lutheran Church of Our Redeemer Cemetery.

The family will greet friends on Monday evening from 6 p.m. until 8 p.m. in the Floyd Family Center, east of the Funeral Home.

In lieu of flowers, memorials may be contributed to Redeemer Lutheran Church, 730 East Cherry, Cushing, Oklahoma.