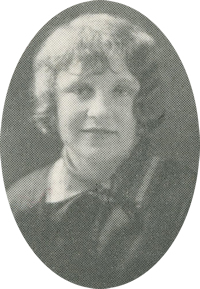 ﻿Funeral will be at 10 a.m. Monday at the First Presbyterian church for Ruby Kime, 78, north of Perry, who died at 1 p.m. Friday at Stillwater Medical center where she had been admitted Thursday.

Services will be in charge of Rev. Jim Dunkin with burial at Grace Hill cemetery under direction of Brown Funeral home.

She was born Dec. 17, 1911, in Perry the daughter of Vaclav Frank “Jim” and Anna Kucera. She was married April 26, 1938, at Ardmore to George (Buck) Kime, who has preceded her in death. She was a member of the Presbyterian church.