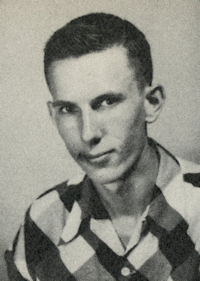 Stoddard was a Perry high school graduate. He served in the United States Army and worked as a television repairman.