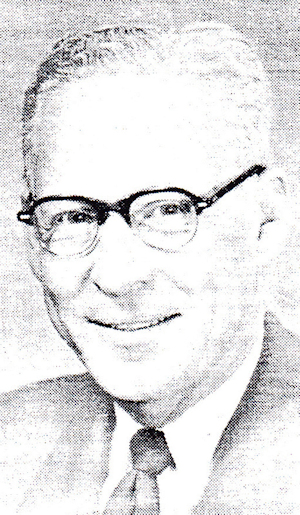 Rev. M. R. Work, pastor of the church, will officiate. Burial will be in Grace Hill cemetery under direction of Ladasau-Evans Funeral home in Enid. Grandsons will serve as pallbearers.

The body will lie in state at the First Christian church from 5 to 9 p.m. Friday.

Newton was born in Perry May 1, 1905, attended Perry schools from which he graduated in 1924 and was employed at the Christoph & Newton Furniture and Funeral home starting in 1923.

He became owner and operator of Newton Funeral Home in 1946 which he continued until ill health forced his retirement in 1965.

He was on the original board of directors of Perry Memorial hospital, member of the Akdar Shrine Temple of Tulsa, past patron of the Order of the Eastern Star and member of the Perry Masonic lodge No. 78.

Newton was a member of the First Christian church which his parents helped to establish.

He was preceded in death by his father, George A. Newton, his mother, Dorcas S. Newton, and two brothers, Charles A. Newton and Harry L. Newton.

Memorial contributions may be made to the youth department of the First Christian church.