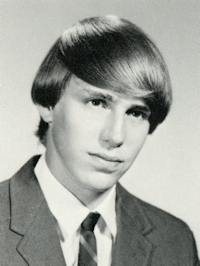 He was a 1972 graduate of Perry high school and had been employed as an oil field roughneck. He and Janis Evans were married June 1, 1974, at Perry. He was a member of the Assembly of God church.

In addition to his parents, Jarrett is survived by his wife, Janis, of the home at Billings; a son, Jason, and daughter, Fawnda, also of the home; three brothers, Larry Jarrett and Robert (Stork) Jarrett, both of Perry; and Norman, Tulare, Calif., formerly of Perry; and his maternal grandmother, Mrs. Josephine Reppert, Texas City, Texas.