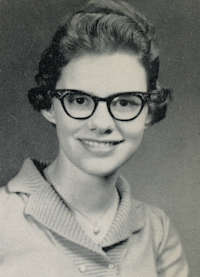 ﻿Memorial services will be at 10:30 a.m. Friday at the First Christian church of Perry for Christy Whitchurch, 47, Albuquerque, N.M., formerly of Perry. She died Sunday at Albuquerque after a lengthy illness.

A service also is being planned in Albuquerque.

The daughter of Glen and Shirley VanBebber, Mrs. Whitchurch was born Oct. 31, 1942. She attended Perry schools and Phillips university at Enid.

She and George Whitchurch of Perry were married on April 14, 1961. She had lived in the Belen and Albuquerque communities of New Mexico for a number of years.

She is survived by a daughter, Sherry Gray, Los Lunas, N.M.; a son, Kevin Whitchurch, Belen, N.M.; a granddaughter and grandson, Stephanie and Ryon Gray; her mother, Shirley Morton, Perry; and a brother, Gene VanBebber, Perry.