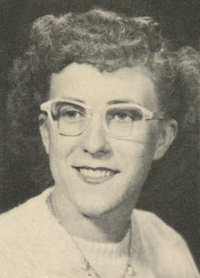 Services are scheduled for 10 a.m. Wednesday at the First Baptist Church in Perry. Interment will be at the Grace Hill Cemetery. Rev. Buddy Hunt will officiate. Funeral arrangements are under the direction Brown-Sisson Funeral Home.

Workman was a housewife and had been a child care provider for 43 years. She was a member of the First Baptist Church of Perry and the Perry Elks Lodge.

She is preceded in death by her parents, one daughter, Debi, seven brothers, and four sisters.

Memorials can be made the American Diabetes Association.