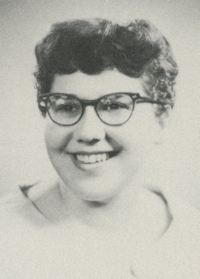 She was born Feb. 27, 1939, in Lucien to Otto and Ada (Friedemann) Bamberger. She grew up in Perry, graduated from Perry High School and attended classes at Oklahoma State Universtiy.

She was a former choir director for Zion Lutheran Church in Perry and president of Luther League. She was involved in many activities prior to her illness in 1980.

She had a positive attitude in life and was always cheerful and smiling. She was an inspiration to many people and touched their lives in a special way. She was a member of the New Covenant of Life.

She was preceded in death by her parents and former husband.