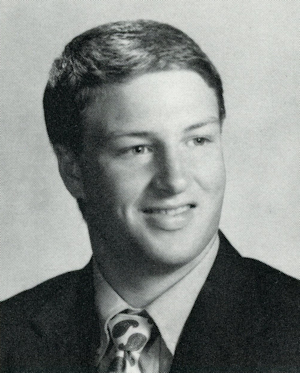 Trent has been in football, wrestling, FFA, baseball, FCA, and Psychology of Learning. He received an award for all-area wrestling, was sixth in state in wrestling, and was all state in baseball.

Funeral has been set for 2 p.m. Tuesday at the First Christian church. Rev. Lynn Scott, pastor, will officiate. Burial will be at St. Rose of Lima Catholic cemetery under direction of Brown Funeral home. The casket will be open at Brown Funeral home until 11 a.m. Tuesday and will remain closed at the service.

Vorndran was born in Perry, Dec. 29, 1972, the son of Greg and Cathie (Fortney) Vorndran. He was a 1991 graduate of Perry high school. In high school, he was active in football, wrestling, and baseball.

He was a member and junior deacon of the First Christian church and this summer helped coach a Perry Kids Inc. 10-and-under baseball team. Vorndran had played college baseball.